The traditional book publishing industry continues to see lower payments, licensing, and rights for authors in a range of categories. Several projects and organizations focused on blockchain publishing aim to change this industry for the better. Here are some examples of the current challenges and proposed blockchain publishing solutions.

The Decline of Traditional Book Publishing

For quite a few years, there has been an ongoing debate on whether or not e-books would make printed books obsolete. While the industry and consumer focus on this debate is important, an even more crucial aspect is the overall decline of book sales in general. The days of getting wealthy off of book sales alone are, with the possible exception of a select few authors, basically gone. According to experts, authors generally make somewhere between $0.34 – $2.00 per book.

If an author wants to get on the New York Times Best Seller List, for example, it can actually cost well over $200,000 to “cheat the system”. This is a commonly accepted practice that shouldn’t be the case. While it’s possible to choose cheaper self-publishing options through Amazon, for example, the readership traction isn’t likely to be the same. Also, the current frameworks for becoming a “#1 best-selling author” are easy to manipulate as evidenced by Brent Underwood’s experiment where he created a one-page book titled, “Putting My Foot Down”, which merely features a photo of his foot.

Instead of accepting that book publishing is merely a marketing tool for paid speaking tours or an automated process that can be rigged, blockchain could improve the ability of authors to earn more money off of the direct sales of high-quality books.

ALLi— A Foundation for Blockchain Publishing

Organizations like the Alliance of Independent Authors (ALLi) have emerged to support the development of a creator-led blockchain publishing industry. A study conducted by ALLi outlines how blockchain could change the future landscape of publishing through the direct tracking of authors’ intellectual property and monetary rights as well as the creation of and decentralized commerce platforms.

There are a few blockchain projects already working towards establishing decentralized systems for book publishing. Po.et is one such platform. It allows authors to register content assets on the blockchain as well as make metadata attribution safe, verifiable and immutable.

The platform also allows content owners to create their own customized licenses as well as have the ability to transfer ownership of licenses any time via Po.et. This is a very similar model to blockchain-based patent filing systems discussed in a previous post.

Quite possibly the brightest part of this project is its ability to integrate into well-established standards for content creation. For example, authors who use WordPress can utilize the Po.et WordPress plugin to automatically register any new literary works to the Po.et blockchain with a few simple steps. In order for projects like to Po.et to work, blockchain publishing projects must focus on integration is a must for real-world adoption.

Publica offers a different type of business model for book publishers. Its goal is to create “the book ICO”. For writers, Publica can be used as a type of crowdfunding event so that there’s no need to rely upon traditional publishers for advances.

Readers have the option to buy book tokens, which will allow them to fund the project before it gets started and be able to redeem tokens for a copy of the book once it is released. Authors can easily set up their own smart contracts on the Publica blockchain without needing to have technical knowledge.

It will be interesting to see how this token economy works. Crowdfunding models on sites like Kickstarter have proven successful, especially for the development of tech products. Publica is a project that could use this concept and combine it with blockchain technology to fundamentally change the way authors promote their work. It proposes a solution that will give authors the ability to gauge the amount of public interest in new book ideas and encourage the development of a new type of book distribution model, potentially displacing traditional publishing companies.

Blockchain publishing can ultimately help to prevent several issues like piracy, copyright infringement, and the lack of transparency in royalty distributions. The goal of the above-mentioned platforms is to create a better future for authors through blockchain technology. However, it’s important to realize the need to gain the interest of readers as well.

It will be interesting to see if blockchain-based content creation platforms are able to get readers to change their perceptions of what makes a book worth buying. For example, does a book have to be labeled as a New York Times Best Seller in order to gain attention from potential readers? If this is the case, blockchain projects will ultimately not be able to generate more revenue directly through book sales. Regardless, blockchain projects have the potential to impact the current self-publishing market for niche subjects.

Established self-publishing platforms like Amazon now have strict rules in place that determine royalty payouts. Furthermore, payments aren’t all that lucrative as they offer varied commissions based on several factors like geographic location, whether or not the book is published on other platforms, and even the file size of the ebook. In the end, commissions for authors are only 35 to 70%.

A blockchain-based content distribution platform would mean greater certainty for authors looking for reliable royalty payouts. Instead of having to worry about things like different prices based on the nation which the buyer is based, authors can set one global price much more easily. In addition, authors would be able to gain more transparency through blockchain-based licensing and rights smart contracts.

It’s yet to be determined whether file size will determine pricing of e-books on the blockchain, but it’s very possible that decentralized file storage could make blockchain-based publishing platforms much cheaper to maintain than centralized ones. 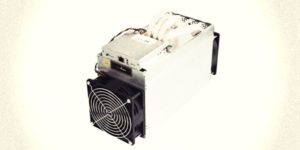 Bitcoin Mining Hardware – Is it Still a Smart Investment?