What is Bitstamp? Expand

What are Bitstamp fees? Expand

Bank account deposits/withdrawals for Euro are pretty reasonable at 0.6-0.09%. Credit card fees, however, range from 5-9%.

What is the difference between Coinbase and Bitstamp? Expand

Coinbase is more of a vendor/provider for users to buy/sell crypto for fiat direct from Coinbase, while Bitstamp is a proper exchange that allows users to exchange crypto/fiat in trading pairs.

Coinbase and Bitstamp are two of the oldest and most well-regarded crypto exchanges. Both have been in business for 5+ years, and are fully licensed in either the US (Coinbase) or EU (Bitstamp).

In this Coinbase vs Bitstamp comparison, we’ll go over the advantages and disadvantages of trading on each.

Coinbase is a great site for those just getting started investing in cryptocurrencies. The user interface is easy to use and as intuitive as PayPal or your online banking site. You can deposit USD with an ACH transfer from your bank, a wire transfer, or with a credit/debit card (but good luck trying to find a card issuer that won’t block the transaction!). Of course, if you already own Bitcoin, Ethereum, or Litecoin you can also transfer those directly to Coinbase. You can either make a direct purchase of BTC, ETH, or LTC or you can transfer funds to your USD wallet and purchase cryptocurrency later. Coinbase also operates a full cryptocurrency exchange called GDAX, which functions similarly to other major cryptocurrency exchanges like Poloniex or Bittrex. GDAX requires you to have significant assets (>$5M in discretionary investments) to access margin trading and other advanced features, so it’s geared toward institutional investors.

Bitstamp is the most well-known European cryptocurrency exchange as well as one of the oldest crypto exchanges online. The user interface is somewhat less intuitive that Coinbase, but overall is definitely just as functional. The trading screens may seem pretty technical to a beginner and could be somewhat intimidating. Verification at Bitstamp is more of a hassle since they require a front and back picture of your government ID (passport or driver’s license) and a bank/utility statement. A quick phone picture of your ID and a PDF of your bank statement will do the trick, but many investors aren’t comfortable with the idea of sharing so much personal information with their exchange.

The Court of Public Opinion

Coinbase is generally considered one of the safest and most reliable crypto exchanges. A simple test of googling “most trusted crypto exchanges” shows that Coinbase consistently ranks in the top 1 or 2 among all exchanges.

Bitstamp is also well-regarded in the cryptocurrency space and received a lot of good press when it became the first nationally-licensed crypto exchange in the world. Because the EU has a “passport” program for financial services companies, by becoming licensed in Luxembourg Bitstamp became licensed throughout the EU. Since then Bitstamp has gained a lot of credibility as the safe option for European investors, much like Coinbase has in the US.

Coinbase has a great reputation for customer service compared to most crypto exchanges. They recently added phone customer support, which is a first for major crypto exchanges and a great step toward bringing the crypto industry toward normal business standards.

Bitstamp also has great customer service for a crypto exchange. While Bitstamp has customer complaints you can find online like any crypto exchange, it’s worth noting that many times these complaints are answered directly by Bitstamp support. Most complaints are related to accounts being closed after deposits that were unusually large for those users, and in all cases, it seems the users received full refunds.

Coinbase was founded in San Francisco in 2012 and has serious backing from the likes of venture capital firms Union Square Ventures and Andreessen Horowitz. Since Coinbase has been in business for 5 years and complies with all US regulations for financial institutions, it’s generally considered a safe option for cryptocurrency investing.

Bitstamp was founded in 2011 and is backed by Pantera Capital, a leading cryptocurrency VC fund. Bitstamp undergoes annual audits by one of the “Big Four” audit firms, and is generally transparent about their compliance and operations – always a good trait to see when you’re picking a crypto exchange to trade on.

Coinbase has never been hacked in its 5 years of operations. It abides by strong security measures and keeps the vast majority of its cryptocurrency holdings in cold storage, protecting their funds from hacks. It should be noted, GDAX did experience a “flash crash” in June where the price of Ethereum dropped to $0.10, cost many traders thousands of dollars. GDAX determined that all trades were final since it was due to a large sell order, not any technical failure on their part.

Bitstamp has a more checkered history of account security, but has a good track record over the past 2 years. On January 4, 2015 it suffered a security breach that resulted in a loss of 19,000 BTC, worth about $5.1 million at the time. The incident put a big dent in Bitstamp’s reputation, but the company did the right thing and took the loss on themselves – no Bitstamp customers lost any money in the hack. Bitstamp has not had any major security issues since.

If you’re just looking to purchase BTC, ETH, or LTC on the main Coinbase site, Coinbase charges a 1.49% fee for cryptocurrency purchases made with bank accounts or Coinbase USD wallets, or 3.99% for purchases made with credit or debit cards. Once you’ve purchased your tokens of choice, you can transfer them to other BTC/ETH/LTC addresses for free, though you will pay network transaction fees. GDAX utilizes a maker-taker model for fees.  If you want to place a new order on the exchange it is free to do so, but completing on order already listed on the books will cost you a fee between 0.3% and 0.1%, depending on how large your recent trade volume has been.

Bitstamp fees can be quite reasonable if you’re an EU resident. You can deposit euros through a SEPA transfer with zero fees, and only a 0.90 euro on withdrawals. International wires are low too with only a 0.05% deposit fee and 0.09% withdrawal fee. Also, direct cryptocurrency deposits or withdrawals are free. Just don’t deposit with a credit card! Fees start at 8%, and even if you deposit more than $5000 the fee is still 5%. Trading fees are comparable with GDAX if you are on the “taker” side of a trade. Unfortunately, there is no discount for placing orders or being a “maker”, so on balance the fee structure is somewhat worse at Bitstamp. The fact that all maker fees are 0% at GDAX encourages liquidity, so you could potentially be trading at wider bid/ask spreads for the same trading pair at Bitstamp. Coinbase offers the sale and trading of BTC, ETH, and LTC, with plans to support Bitcoin Cash (BCH) on January 1st. Since it only offers 4 cryptocurrencies, it’s probably not the exchange for you if you’re interested in more exotic altcoins. That said, they have discussed adding more coins in the future and previewed what may be their list of potential additions.

Bitstamp offers a similar range of cryptocurrencies with trading pairs for BTC, ETH, LTC, and XRP. Support for ETH, LTC, XRP were all added in 2017, and Bitstamp says they would like to add more new pairs going forward.

Given that Bitstamp traded only BTC for six years and has now added three new currencies in 2017, it does seem like there’s momentum toward adding support for more altcoins in 2018 and beyond. Bitstamp also recently began facilitating withdrawals of Bitcoin Cash, though trading pairs have been delayed which was blamed on recent Chinese regulatory actions.

Coinbase and Bitstamp are both upper-tier exchanges in the cryptocurrency world, and which you use will probably come down to whether you are looking to invest in USD or euros.

If USD, either exchange is a good option but you may be more comfortable using Coinbase since it’s based in the US. If you are contributing with euros from a European bank account, the SEPA transfer option with Bitstamp is going to be the easiest route. 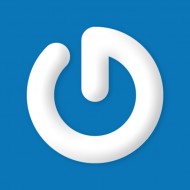 Wes is a cryptocurrency enthusiast, ICO advisor, and financial analyst. He is currently located in the San Francisco Bay Area and finishing up an MBA at UC Berkeley (go Bears!).