Given the rising popularity of digital currencies, the market is now filled with a multitude of cryptocurrency wallets. Many of these wallets offer great features that can truly benefit the user.

Jaxx represents a popular, multi-currency wallet developed by Decentral, a well-known bitcoin company known for their ATMs, wallet, and other services in the digital currency ecosystem.

This Jaxx wallet review will help you understand how Jaxx fits into the current Bitcoin ecosystem, and whether or not it would be a good fit for you. At this moment in time, the public opinion is divided into two separate sides.

One side believes that the wallet is very-well design and offers a wide array of great features, which is definitely true. However, the second side prefers to stay away from Jaxx, as it has been known to be quite buggy and slow from time to time, on multiple devices.

People have often commented that there are times when they perform exchanges from one digital currency to another and the wallet fails to register these, thus requiring users to carry them out again.

Apparently, it also takes a while for the app to load up. Upon testing, many users found that they need to wait up to 15 seconds for the wallet to load up on mobile devices, and a few seconds on desktop computers. Generally, the wait time before getting access tends to be a bit longer when compared to other multi-currency wallets available on the market.

Usability is one of Jaxx’s strongest suits.

Given the fact that it has been designed with simplicity in mind, it looks great. It is more than intuitive when compared to other multi-currency wallets which can be a bit confusing at first.

When using Jaxx, switching between currencies, sending and receiving money, entering addresses, scanning QR codes are all easy to do. However, like mentioned earlier on, the variety of bugs make the experience laggy and a bit unpleasant. While the apps have definitely been improved by the committed development team, a bit more work is needed before the perfect balance is reached.

A person who just downloaded the wallet and created an account will likely be happy with the experience, similar to users who are just getting started with digital currencies. However, from the perspective of a more advanced user, the performance issues that have been reported can be a bit annoying.

Regardless, it’s not enough to completely steer a person away from the Jaxx wallet. Just like many other digital currency wallets, Jaxx also employs strong security practices meant to ensure that they are not hacked and that user money stays safe at all times.

A great benefit associated with Jaxx is the fact that the wallet stores private keys directly on user devices, thus making it impossible for a third party to remotely control your funds.

When it comes down to making a backup, the wallet automatically generates a mnemonic seed which users can write down and keep safe.

When compared to other wallets which have confusing security practices, Jaxx is pretty straight-forward, which is great news. Of course, vulnerabilities may exist, but most of the times, user funds are safe.

The security team behind Jaxx dealt with a security issue earlier in 2017 when $400,000 was reportedly stolen. This could be a big red question mark for some users, yet the exploit was backed on an issue that is no longer a problem for company.

Additionally, not much information has been released about the circumstances of the hack, hence there are theories that it could’ve been based on user-fault. With most wallets, it is essential that you keep good security practices, as wallet companies can’t be held responsible if a user sets a very easy password which is then cracked by hackers.

Accessing your coins via the Jaxx wallet is bound to be extremely easy.

Simply log in and select your currency of choice to either make or receive a payment. Not only this, but Jaxx has one of the best support teams available on the market. The team is accessible either via email, chat, but also on social media channels such as Twitter or Reddit.

Additionally, the company has also proven to be very transparent, and anyone can reach it for comments when issues arise. Bug reports are also generally handled very fast, which is a big plus.

When it comes down to platform support, it is important to note that Jaxx is available on a multitude of platforms, including Android, iOS, OS X, Chrome, Windows, and Linux, via apps. Web-based access is not currently available.

The team behind Jaxx has announced that a hardware version of the wallet will also be available in the future, thus making coin storage even more secure, as hardware wallets are basically impenetrable via traditional means.

Based on everything that has been outlined so far, the Jaxx wallet ranks pretty high on our list of favorite wallets. 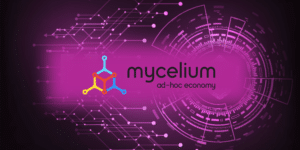