ShapeShift Co-Founder Jon on Regulation, the Rabbit Hole, and the Future of Cryptocurrency Like most people, ShapeShift co-founder Jon wasn’t convinced about Bitcoin the first time he heard about it. In fact, he openly admits to “writing it off.” It wasn’t until a couple of years later, around 2013, “when it went through one of its first meteoric rises,” that the web and mobile app developer started to get hooked.

“I fell down the rabbit hole that we talk about a lot in the industry and it just became my hobby,” he says. A hobby that would lead to one of the most well-known and respected crypto-to-crypto currency exchanges in the industry.

“I just became more fascinated,” Jon admits, “After I’d spent more than five minutes on it, I quickly became convinced that this technology was more or less the future. Not just finance, but maybe the backbone of a new type of internet. I’ve never lost that fascination ever since I first discovered it.” Falling into the Rabbit Hole

Falling into the Rabbit Hole

Most people in this industry freely admit that their journey was unexpected, or that their path took a turn they didn’t foresee. Like free-falling from 12,000 feet with no parachute or falling into a rabbit hole, the further you burrow into the fascinating world of cryptocurrency and blockchain, the more engrossed you become.

“It’s one of the few subjects I have found, probably in all of my life, that the more I learn about it, the more fascinating it becomes. That’s just held my attention for a very long time,” he says.

ShapeShift originally came about as a side project that Jon and Erik (CEO) initially thought would be something small. Yet ShapeShift has seen extraordinary growth. From 12 to 15 people at the start of 2017 to 110 employees and growing.

“It was a little side project that we threw together really fast. That ended up becoming the prototype of ShapeShift. That quickly subsumed the previous projects and just became everything. At that point, I jumped on it full time instead, saying that I really believe in this and want to be part of it. Things just kind of snowballed since then.” The Need for Anonymity

Jon famously doesn’t use a last name. ShapeShift doesn’t ask users to create an account. One could be forgiven for thinking that privacy and anonymity were high up on his list. In fact, there are other reasons for the lack of disclosure of information.

“I think that privacy and anonymity are important. Although quite honestly, the fact that we don’t use our last names has very little to do with us wanting to be anonymous as much as it’s just part of our security posture. We know that many different companies and actors in the space have essentially been attacked at various points, primarily through social engineering. And that all starts when you can get a little bit of information about who someone is.”

So, the anonymity policy is actually a move for ShapeShift to stay one step ahead of the hackers? Yes, among other initiatives.

“We don’t let our employees publish that they work for ShapeShift on LinkedIn or publish their full names in relation to ShapeShift. It’s not really to be anonymous, it’s to protect them and our entire company because all it takes is a few of those threads for a hacker to pull on and they can start doing a lot of damage to you and your organization.”

ShapeShift also ensures user security in a number of ways beyond a strict confidentiality policy for employees. “We also have certain processes in place in terms of how we secure our servers and how we allow access to them,” he explains, “only allowing certain codes on non-network devices and a number of other facets… We take security very seriously because we ourselves have been a victim of it… It just comes with the territory.”

A Word on Regulation

Regulation has been the four-letter word of 2018, ruffling feathers throughout the crypto community around the world. As a US citizen with a company based in Switzerland, Jon himself has not been shy in his criticism of the SEC. Not simply for their interference, but for the resounding lack of clarity across the board.

So, what does he think is needed in terms of regulation for the industry? We could start with a little clarity. He explains:

“What are the rules, because nobody knows? Hopefully, understanding that this technology is really new and it’s category-breaking. This is the hardest thing. I think, to explain about crypto and Bitcoin and all these various tokens is that some of them might fit into old categories, but a lot of them really break the old categories. To try to stuff that square peg into the round hole and to try to put them into the old categories is very limiting and stifling.”

Trying to adapt existing securities exemption laws and issuing STOs isn’t going to work, then? “I think an understanding that these things are category-breaking and they may take more understanding and development before we even know what those rules should be. But in the meantime, for whatever rules they do want to apply, just make sure they’re clear.”

Uncertainty and business are not the best of bedfellows. Yet, uncertainty is the hallmark of the cryptocurrency space, especially in the United States. In fact, according to Jon, the SEC were not even responsible for declaring that Ethereum was not a security.

“It wasn’t any sort of official legislation,” he says, “it wasn’t even an official announcement of the SEC. It was just a member of the SEC speaking at a conference and people had to just draw interpretations from that, but everybody does because that’s all they have to go on. I think a system where there are a lot less interpretation and a lot more clarity… would be extraordinarily helpful for the entire environment.” 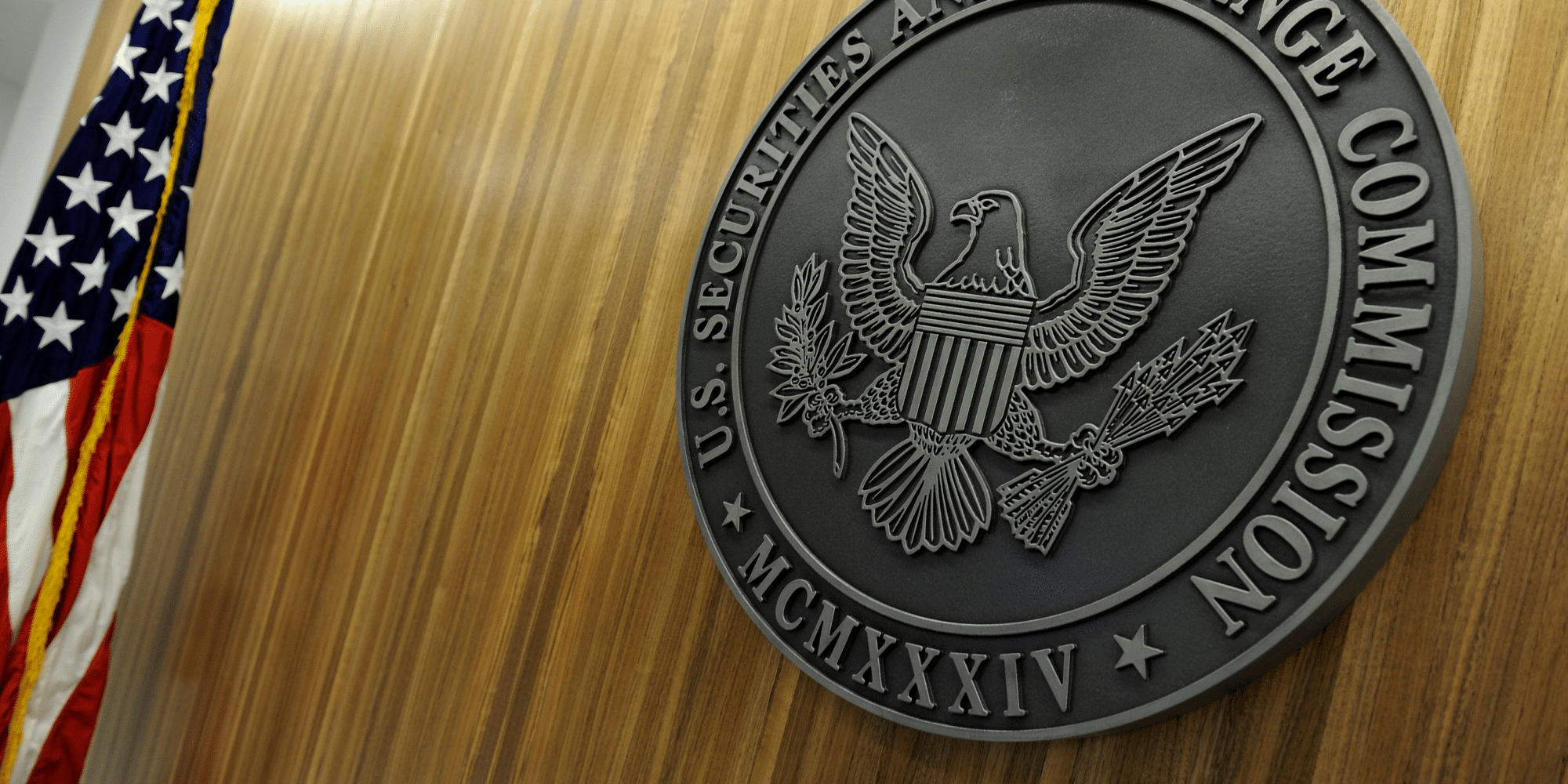 Clear guidelines from the SEC would be helpful

Cryptocurrency and Blockchain in a Regulated Framework

Can innovation flourish when we try to put it into a box? Will lawmakers even with the best of intentions end up quashing innovation if they’re too hasty to act?

“I myself would favor a world where there would essentially be the same attitude that many regulators in the US took towards the Internet in the early days, which was a ‘wait and see’ approach. They didn’t know where the technology was going and if they tried to put too many rules too fast, that would stifle innovation and create all sorts of problems.

The way they treated the Internet was great and it really allowed the Internet, especially in the US, to really flourish and for all sorts of new things that nobody had thought of to develop and nobody could have predicted 20 years ago. In crypto, I think because it’s financially related or there’s value attached, it brings all the stigma with it and people want to put it in a certain box.

Again, I really feel like the best thing to do would be to let it develop because we just don’t know where these things are going. They’re very experimental and even those of us in the industry have no idea where this thing will be a few years from now, much less five or 10 years from now. I don’t want to see that the next great application that could be built on these things stifled and not created because it essentially got put into a box it shouldn’t have.”

The Future of ShapeShift and Cryptocurrency

What’s next on the horizon for the digital assets exchange and for cryptocurrency in general? “We have a number of innovations in the pipeline, most of which, of course, I can’t talk about yet,” he laughs.

“There’s ShapeShift, the exchange itself, but also, we have CoinCap, the market data resource. We acquired the hardware wallet maker KeepKey last summer, and we also have our Prism product built on Ethereum smart contracts which is in closed beta and we hope to open that up to the public soon.”

And what about the industry in general, what can we expect to see on the near and distant horizon?

“The whole industry, I think, has tremendous potential, both to revolutionize the finance industry, but really to revolutionize anything where there’s an intermediary. Anything that requires trust right now. I think we’re going to see all sorts of applications built on this technology that we can’t really predict right now.

It’s really going to blow even people in the industry’s minds a couple of years from now when we start seeing these things come together. Even something like the Cryptokitties craze was a great example. Something that not a lot of people saw coming, although I would argue we did, but not a lot of people saw something like that coming. It’s just an example of the kinds of things that can be built on this that no one really expects quite yet. I don’t think they’re necessarily going to be finance applications.

I think crypto is going to continue to not only push the tape and consciously push boundaries of our definitions of these various things. Our definition of what money is our definition of what value is, I think those are going to fundamentally change over the next 10 to 15 years as this technology kind of carves out new possibilities that we just haven’t imagined yet. But what those things are, I’m not sure yet.”

And one last question before you go. Jon, who is Satoshi Nakamoto?

He laughs. “I have no idea. I don’t think it’s just Craig Wright, I’ll tell you that. I’m not saying that someone like that couldn’t have been part of it. I think it’s also unlikely that it was just a singular person. I think it was almost certainly a small group or a decent sized group of people. Probably not a huge group of people or the secret wouldn’t have been kept, but I think a small, close-knit group of people is the most likely answer to that. In terms of who it actually is, I can’t even begin to speculate.”

Thank you so very much, Jon!