What is Akoin? | Pushing for Digital Currency and Empowerment in Africa Akoin is a cryptocurrency launched by music artist, Akon, in June 2018 that envisions to serve as the base of a radical new city that’s under development in Africa. This city is modeled to be 100-percent crypto-based, and is already under construction on a 2000-acre plot of land that was gifted to Akon by the President of Senegal Macky Sall.

Why Was Akoin Created?

Akoin was proposed to help drive youth entrepreneurship in Africa by “crypto-powering” the population.
Akon’s push for an African digital currency is in response to a number of issues that currently suppress the economic prosperity of many individuals in the region.
Some of those issues include:
The lack of banking services and the problem of unstable currency is to be resolved by the independent financial system that Akoin creates. Additional support comes from the new city in Senegal, which isolates the crypto community so that it can progress independently of any potential mishandling by surrounding governments.

How Will Akoin Function?

Akoin as a cryptocurrency is the foundation of a broader ecosystem that involves real life-platforms which bring immediate use-cases to the digital currency.
Akon’s crypto-based city aims to create the infrastructure in which Akoin can thrive. Here businesses will be attracted a whole new pool of consumers that are incentivized to buy, hold, and spend the Akoin cryptocurrency.

The token itself is pegged to stable assets such as mobile minutes, wifi, and solar power to ensure stability for the token’s price as well. Akoin’s token economics are said to give the coin low volatility so that it can be accepted by vendors consistently and unproblematically. The Akoin ecosystem will be compatible only with brands that have certain attributes, including crypto-stability and blockchain-based transparency.
The Akoin platform consists of a digital wallet and sponsored DApps that assist in everyday services such as establishing credit or sharing content.

After becoming established in the music industry, Akon began using his influence to work towards improving living standards in countries across Africa. Cryptocurrency is his latest endeavor, but the hit singer is also known for his work to bring electricity to various parts of Sub-Saharan Africa. Through his Lighting Africa project, Akon has been able to help bring power to over 28 million individuals in 18 different countries across the continent.

The attraction of Akoin isn’t necessarily its technological features, but rather the fact that it is the largest push towards realizing digital currency in Africa. Akoin is designed to achieve some of the same key objectives that Bitcoin does, namely bringing financial sovereignty to individuals. However, the token’s niche is that it is a cryptocurrency which is embedded in all aspects of the upcoming Senegal crypto-community.
One of the main focuses of Akoin is to promote entrepreneurship in Africa. Implementing a digital currency can be a very effective step towards furthering the continent’s connection to the global economy. Akon and his team hope that their blockchain project will attract commerce and create business opportunities within Africa.
The Senegal city is set to have the characteristics of any other traditional city; residential buildings, retail stores, schools, etc. The community’s anticipation has led to the nickname for the city: “real-life Wakanda” (after the high-functioning fictional city featured in the Black Panther film.) 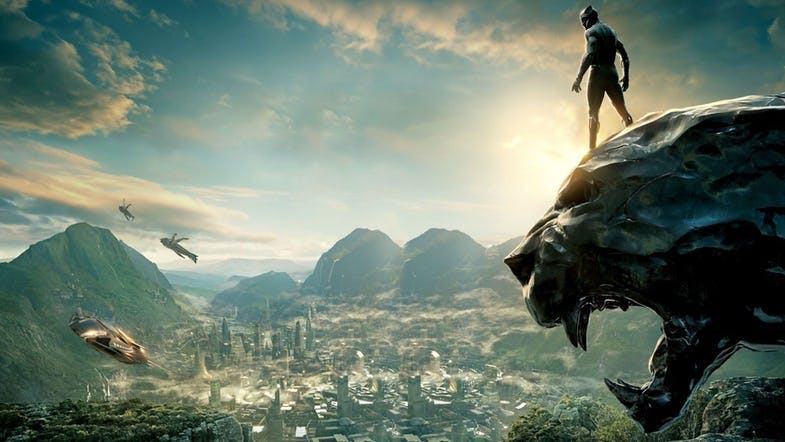 It’s evident that Akon has large aspirations for Wakanda and cryptocurrency in Africa as a whole. The project reflects that aspiration and seems like it’s spread across quite a large number of domains – from finance to health/education to entertainment content. Not to mention that Akoin is kickstarting an entirely new city. The initiative is spectacular but we’ll just need to see how the project executes over time and which components of Akoin work best.
The token’s ICO is said to be coming soon but no date has been specified yet.