Rather than a rehash (pun intended) of the advantages and disadvantages of Proof of Work versus Proof of stake, we’re here to break down how CPUs, GPUs, and ASICs all play a key role in the mining process. Understanding the hardware behind Proof of Work is essential for analyzing the sustainability and level of decentralization of different coins. We’ll go over the advantages and disadvantages of each hardware and how they’re relevant to the most popular cryptocurrencies and hard forks.

An ASIC is an application specific integrated circuit. In the context of cryptocurrency, it’s a microchip specifically designed to execute a hashing algorithm as quickly as possible. Let’s give you some perspective on how powerful these ASICS can be. A Bitcoin ASIC can calculate hashes 100,000 times faster than even the best CPU.

ASICs are custom built for a single hash algorithm. Therefore, you would need to buy different ASICs for each coin that you wanted to mine. Currently, there are several companies, such as Bitmain and Canaan, that design ASICs. Due to their custom nature and niche application, a powerful ASIC isn’t cheap. For high-end hash power, a single ASIC could run you $3000. That ASIC might earn you 10 dollars profit in the first month. Though due to the constant arms race of acquiring hashing power, your profits would decrease each subsequent month. Here’s a look at the increasing Bitcoin hash rate over the last year. Performing trillions of hashes per second come with some downsides. Due to the intense hashing, these ASICs give off some serious heat and require proper cooling. In order to cool the chips effectively, that’s going to require fans and a lot of noise. Just take a listen.

And with great power comes great electricity. These ASICs will cost you a significant amount of money in electricity bills. As a result, the majority of mining takes place in countries with cheap electricity. Some of the miners are even able to receive special industrial rates for this.

Due to the costs and logistical issues with ASIC mining, it inevitably leads to powerful mining farms taking over huge percentages of the hash rate. Bitcoin needs decentralization of mining to prevent a 51% attack on the network. However, you can take a look at some of the large-scale mining taking place in China, with buildings full of ASICs. Some coins advertise themselves as ASIC resistant. They use hashing algorithms that require more memory, “making the size and the cost of a hardware implementation much more expensive.”

Certain hashing algorithms are designed to prevent a massive ASIC advantage over GPU or CPU mining. However, the truth is an ASIC can be designed for any coin. It’s simply a matter of calculating how much money it would take to develop the ASIC, and how much your profits improve by doing so. For Bitcoin’s SHA-256 algorithm, an ASIC would increase your hash rate tremendously and Bitcoin’s price and transaction fees make it very profitable to mine. For other coins with more memory intensive algorithms and lower prices, you might not see a quick return on your ASIC investment.

As mentioned before, each ASIC is specifically designed for a particular hashing algorithm. When Litecoin was invented by Charlie Lee, he chose a different hashing algorithm, known as Scrypt. The miners of Litecoin don’t have to compete with Bitcoin miners over the same ASICs. For several years there was no ASIC mining for Litecoin. Eventually, mining became so lucrative that people were incentivized to develop an ASIC for the Scrypt hash algorithm as well. Later in this article, we’ll discuss memory hard algorithms and their impact on ASIC development.

Vertcoin and Bitcoin Gold promise to hard fork to a different hashing algorithm if ASICs are developed. These coins want to encourage more users to be able to mine from the comfort of their own home. However, if these coins become popular and more profitable to mine, you might see a game of cat and mouse, with constant hard forking to dodge the new ASICs being developed. There could easily be a situation where at some point their community decides they don’t agree with the latest fork and then you have some Bitcoin Gold and Bitcoin Gold Cash type situation (or BG-Cash).

Although not as potentially powerful as an ASIC, GPUs are more flexible in their application. The GPU is the Graphics Processing Unit. It’s the chip on your graphics card that does repetitive calculations, often for processing graphics. While we’ll discuss the use of GPUs in mining, they’re often used in gaming computers for “smooth decoding and rendering of 3D animations and video.”

Companies such as AMD and Nvidia originally designed GPUs for better graphics. However, they recently saw a spike in demand from people wanting to use their chips to mine Ethereum. The price of high-end GPUs has skyrocketed and there’s now a massive shortage of gaming graphics cards. In order to protect gamers, some retailers are now limiting the quantities people are allowed to buy and giving discounts to those buying other components for an actual gaming rig, not a mining rig. 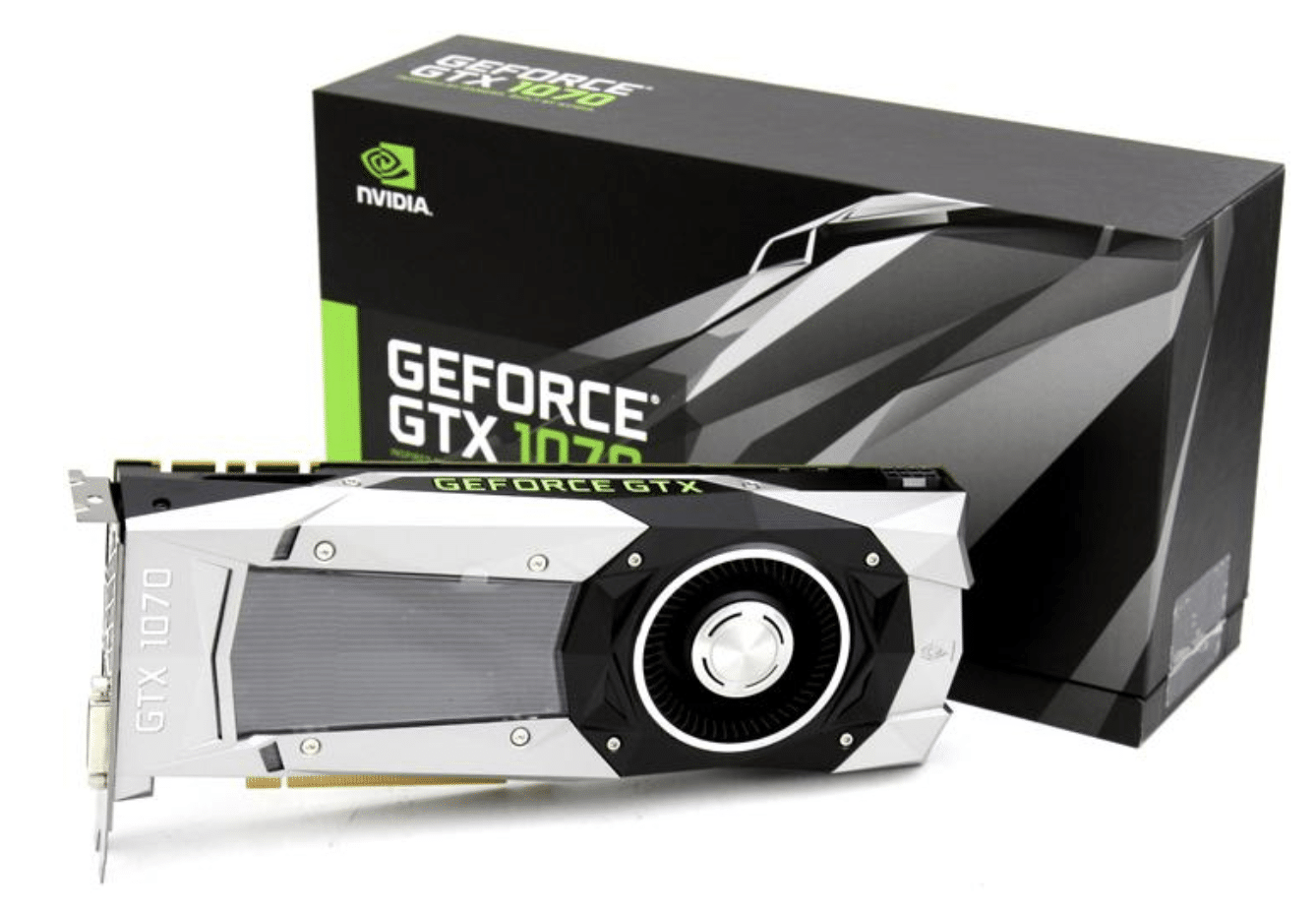 As there are no ASICs available for Ethereum, using a GPU is the next best thing. There are several reasons why there’re no ASICs for Ethereum. All Ethereum based coins use the Ethash algorithm for mining, an algorithm “designed to be ASIC-resistant via memory-hardness.”

The rationale behind Ethash “is that the most costly operation in the algorithm is not the hashing function, but rather the input/output operation of reading from memory. Because most regular personal computers are already optimized for input/output operations, it should be increasingly hard or expensive to create hardware that would speed up the mining process considerably.”

Another reason for a lack of ASIC development is the possibility of Ethereum switching from Proof of Work to Proof of Stake. Proof of Stake does not require any special hardware. Miners want to avoid the scenario of investing millions of dollars in developing and manufacturing an ASIC only for it to become worthless.

Unlike ASICs, your GPU is capable of mining different coins. You could mine Ethereum, Monero, Bitcoin Gold, Zcash, Electroneum, and many others all with the same GPU. If you’re interested, there’s an entire subreddit devoted to the more accessible GPU mining, located here.

The CPU is the Central Processing Unit of your computer. Intel and AMD produce the vast majority of them. CPUs are essentially the brains of the computer. “It performs all the tasks that we would typically associate with computing,” such as saving a document by writing it to your hard disk. “Most of the other computer components are really there to support the operation of the CPU.”

When Bitcoin was first released, you could mine 100 coins a day using just your CPU. Unfortunately, today it’s impossible to mine Bitcoin with your CPU due to the ASICs we discussed earlier.

CPU design optimizes for quickly switching between different tasks. In addition to the CPU’s agility, it also has the advantage of ubiquity. If you have a computer, you have a CPU. Thus, if a coin allows CPU mining, there’s less power in the hands of large mining farms.

However, the hashing required for Proof of Work is a repetitive mathematical calculation. CPUs have fewer arithmetic logic units, circuits that perform arithmetic operations, and thus are relatively slow when it comes to performing large amounts of calculations.

Monero mining on a CPU is still quite popular. This is due to its CryptoNight algorithm, another memory bound hashing algorithm that “relies on random access to slow memory.”

The Monero team is also developing Smart Mining. “Smart Mining detects your CPU usage, and if your CPU is idle and you aren’t on battery power, it will begin mining. As soon you switch to battery power or your CPU activity picks up it will pause mining until it sees it is safe to start again.” This would allow for anyone with a computer to become a miner. The more miners there are, the greater

Monero can also enable CPU mining through Coinhive, a JavaScript miner that runs in a browser. It gives people visiting a website the opportunity to contribute some of their CPU power towards mining.

In the cryptocurrency world, where most coins are still based on Proof of Work, it’s important to understand the hardware behind them. Before making your next trade or investment, consider the ramifications of your coin’s ASIC, GPU, and CPU mining.