FinTech Blockchain: A Look into a More Efficient Future Blockchain technology is quietly transforming industries in ways that were unimaginable a few years ago. Transactions that once took days to complete, and multiple third-party verifications systems, can now be conducted more efficiently. Companies continue to recognize the power of blockchain in streamlining their financial dealings.

Anyone familiar with the process of transferring money internationally understands that it is an expensive and time-consuming procedure. During the transfer process, valuable funds can be lost due to fluctuations in the global exchange rate of fiat currencies. 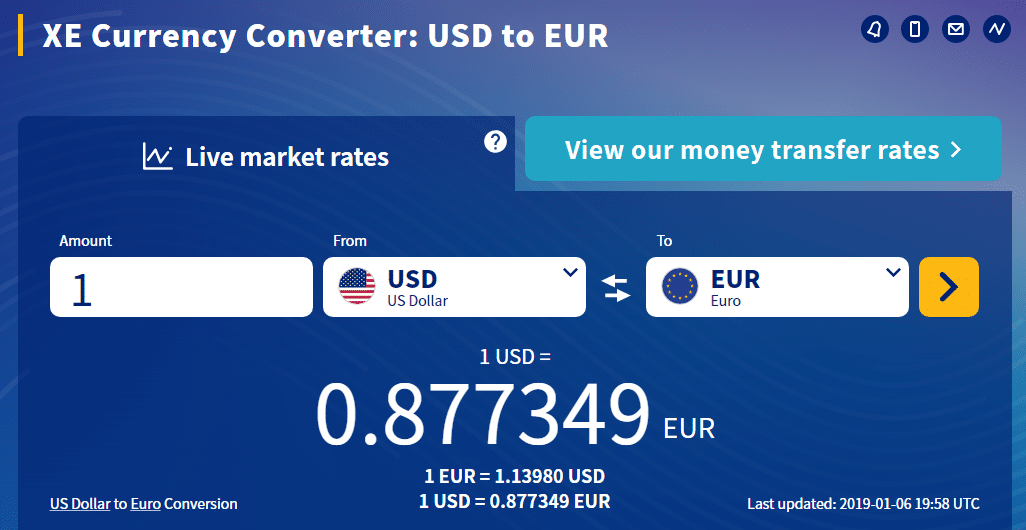 Recognizing these shortcomings in the current system, cryptocurrencies such as Ripple created an international money transfer system that enables near-instant transfers of unlimited amounts for next to nothing. Today, there is an entire cryptocurrency sector focused on providing international money transfer solutions to individuals and businesses.

Blockchain technology provides a true peer-to-peer payment experience. Bitcoin, the world’s first cryptocurrency and largest blockchain, is described as “a peer-to-peer electronic cash system” in Satoshi Nakamoto’s Bitcoin white paper. This distinction is important because it is the exact opposite of how the current financial system operates.

In a traditional financial setting, you aren’t actually sending your funds directly. Instead, you are asking the bank if they could send funds on your behalf. If your bank approves your request, and only if they approve, the funds are sent to the other person’s bank. This process is expensive and requires multiple parties to monitor the transaction. Each of these organizations adds a small fee.

Blockchain technology eliminates the need for third-party verification systems because the network’s nodes monitor transactions. The transparent nature of the technology greatly reduces the risk of fraudulent activity. As long as 51 percent of the nodes are not corrupted, the blockchain remains protected. Consequently, this also eliminates the majority of transaction fees encountered when doing business or sending money.

In the case of remittance funds, third-party fees can equal over 10 percent of the sender’s transaction amount. In places that depend heavily on remittance payments, such as India and Africa, blockchain-based alternatives have emerged.

A recent partnership between SBI Remit and BitPesa highlights how companies want to reduce these costs by integrating a FinTech blockchain. The partnership allows SBI Remit customers to send money from Japan to Africa using a blockchain-based system. The costs are significantly less, and the customer’s transaction is completed much faster than a traditional remittance payment.

The trade finance sector is another industry seeing an integration of FinTech blockchain. The use of blockchain in the trading sphere has developed greatly ever since the first successful blockchain transaction was conducted by Barclays and Ornua in 2016. This transaction proved that blockchain tech reduces the average waiting period for a trade transaction to complete, from three days down to four hours.

Additionally, the use of smart contracts reduced the workload of these transactions through automation. Today, tokens exist that integrate trade finance regulations directly. These tokens are called security tokens.

Audits are a time-consuming and often expensive procedure that can take weeks to complete. Blockchains are excellent for auditing purposes because of their immutable nature. All transactions placed on the blockchain are permanent and can’t be altered or deleted without approval from a majority of the network.

In September 2018, it was revealed that the four largest accounting firms in the world joined the Taiwanese blockchain consortium to further investigate integrating this technology into their current accounting systems. The blockchain firm Digital Asset is another example of a company offering blockchain auditing services at an enterprise level.

As banks seek to reduce operating costs, it becomes evident that a large majority of expenses are derived from identity verification requirements. These requirements can vary from bank to bank. The lack of any standardized requirements makes the market more open to fraud as con artists seek to capitalize on the confusion.

Due to these concerns, banks are now looking towards blockchain tech for their future personal identification needs. Blockchain-based identification systems have been in development for years. The Microsoft Azure project is one of the most notable of these concepts under development.

Microsoft Azure developers want to take your digital identity, which is currently stored across multiple platforms, apps, and websites, and return the control of this information to you. The developers plan a one-stop shop to house all of your digital identification securely and in an accessible manner. You would then be able to control who has access to this sensitive data.

The SEC vocalized many concerns regarding the ICO market and the lack of regulations over the last two years. These concerns hit a fevered pitch when multiple celebrity endorsements of failed ICOs became public knowledge, such as the Paragon coin saga.

In this case, the famous rapper, The Game, and Miss Iowa, Jessica VerSteeg, promoted a fraudulent blockchain marijuana project. Investors claim the money raised went towards real estate investments, rather than the seed-to-shop blockchain quality system described by the celebrities.

Blockchain technology needs a compliant-friendly version to bridge the gap between traditional financial institutions and the new digital economy. Security tokens fill this gap. Thanks to the development of security tokens, compliance regulations are met without the need for third-parties.

The desire for this merger created a thriving security token market. Today, multiple companies such as Polymath offer businesses an easy way to host their own security token offering (STO).

The credit sector is another area that will see drastic changes in the coming year. Today, there is no universal global credit system in place. This lack of standardization hurts travelers as they seek to invest in new regions and are, as a result, forced to rebuild their credit from square one.

While blockchain technology is of undeniable importance, you should know that this technology can’t catch every error. Errors committed during data entry onto the blockchain could be another point of concern with this system. Also, some adversaries to the technology believe that scalability concerns could limit the use of FinTech blockchain in the future.

Bitcoin suffered huge scalability issues during crypto’s 2017 breakout. At one point, congestion got so bad on the blockchain that it would take hours and cost high fees to send even a small amount of Bitcoin.  Nowadays, developers use a number of creative tactics to eliminate blockchain congestion, such as secondary layers and private payment portals.

While blockchain’s opponents’ concerns are valid, the technology seems to have a very bright FinTech future ahead of it. In the business world, the most efficient system wins out. In other words, if it’s all about the bottom line, you can’t ignore blockchain technology.