Who is Ross Ulbricht? | A Journey into the Dark Net and Cryptocurrency Ross Ulbricht is a former dark net operator who is currently in prison for life after creating and administering the Silk Road, an online marketplace where over a billion dollars worth of illegal goods/services were exchanged.
Transactions on Silk Road were completed using Bitcoin for the sake of anonymity. For that reason, Ulbricht is credited with developing one of the first and largest platforms that used cryptocurrency as a medium of exchange. The Silk Road was a pioneering project that took advantage of the fundamental decentralized properties of Bitcoin. The Silk Road was a product of Ulbricht’s desire to make a successful startup coupled with his libertarian political views. Ross wanted to build a truly free market that was outside the reach of government entities. On his Linked-In profile, Ulbricht wrote “I am creating an economic simulation to give people a first-hand experience of what it would be like to live in a world without the systemic use of force,” claiming this description to be for an online multiplayer role-playing game.
Prior to the Silk Road scandal, Ulbricht had no history of criminal activity. He was a college graduate with a Bachelor’s degree in Physics from UT and a Master’s in Materials Science/Engineering from Penn State.
A couple of years after graduating, Ulbricht found himself uninspired with traditional employment and wanted to become an entrepreneur. It’s worth noting that Ross also had a growing interest in libertarian economic theories during those years as well. After limited business success from his existing ventures, Ross began working on his online superstore in 2010 as a side project.
By 2011 the Silk Road was a fully functional platform where users could buy/sell goods and services both legal and illegal, but mostly illegal. A user entering the Silk Road site could expect to immediately see listings for illegals such as drugs or counterfeit money. Ross was even accused of later hiring a hitman from the site to eliminate a threat posed to the platform’s anonymity. Although this allegation was never part of Ulbricht’s full indictment, the transcript between Dread Pirates and the contracted killer can be a pretty convincing piece of evidence.
The Silk Road did, in fact, have some rules. The site would not allow for the exchange of anything that had the purpose of “harming or defrauding.” This meant that criminal activity like child pornography or the use of stolen credit cards was prohibited. Hiring a hitman, if it did occur, must have been an administrative privilege.

How Did Silk Road Operate?

The Silk Road ran for 4 years and hosted the exchange of over $1.2billion worth of illegal goods/services before getting shut down in 2015. Ulbricht ran the site from San Francisco, California under the pseudonym “Dread Pirate Roberts”.
The Dread Pirate was able to keep himself and the site’s users disguised by running the site on Tor browser; an underground virtual network. Tor Browser keeps IP addresses anonymous by bouncing internet traffic among many web servers around the world, making it very difficult to pinpoint any one source.

Furthermore, transactions on Silk Road were kept anonymous with Bitcoin. Hashing algorithms and the lack of a central entity allowed for transactions to be anonymous and virtually untraceable.

Ulbricht had a concrete understanding of the tools needed to host a completely anonymous marketplace. The slip-up that led to his imprisonment, however, was rather anticlimactic. Ulbricht posted about his need for an IT professional on a web forum using his real email address.

the FBI arrested Ulbricht in October of 2013. On May 29, 2015 Ulbricht was sentenced to life in prison without parole after being convicted of drug trafficking, computer hacking, and money laundering in 2014. 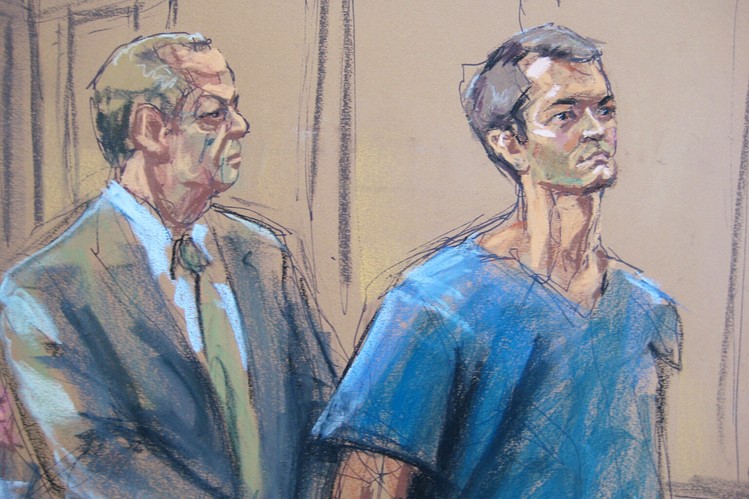 Ross attempted to appeal in May of 2017 but the court upheld their original verdict.

Ross Ulbricht created one of the earliest and largest platforms that used cryptocurrency as its medium of exchange. The Silk Road is often regarded as a defining event in cryptocurrency history for being an early implementation of the politics embedded in crypto.
The Silk Road Scandal has had both positive and negative effects on cryptocurrency adoption. On the plus side, the Silk Road showcased the security and high-availability of the Bitcoin network. Transactions taking place on the site were being processed anonymously 24/7 for 4 years until the site shut down. Negatively, however, the platform cast a shadow on cryptocurrency by exploiting the potential criminal aspects of Bitcoin’s anonymity. Paying for illegal items was carried out very effectively with Bitcoin.
A less talked-about impact was Silk Road loading up the site’s users with Bitcoins during a time when cryptocurrency was barely on the radar. Bitcoin’s price fluctuated from $100 – $600 during most of the time that the site was active. Just a couple years later, though, the price 30x’ed. Some likely wrongdoers may have cashed out handsomely.

Today Ross is in a high-security federal prison for male inmates in Colorado: USP Florence High.
His indictment, though, has been somewhat controversial. Some believe that Ulbricht’s punishment was excessive for the crimes that he was actually charged with, all of which were non-violent. Unbendingly, Judge Katherine Forrest said she would give Ross “the severest sentence possible,” restrained by law from issuing the death penalty.

The argument of a harsh sentencing was brought up during Ross’s several appeals, but none have had any success. Some people also just sympathized with Ross for the determined and non-violent character he was known to have. Hundreds of letters were submitted to the court on his behalf in an attempt to convince the judge to lessen Ross’s punishment, but the verdict was still double life without parole + 40 years.
His family has been keeping a webpage to garner support for Ross’s case by asking the community to sign a petition in support of his appeal process.