Blockchain identity management may be the next step in the evolution of data security. Despite their promises, big name brands may not be as safe as we thought they were. Equifax, Yahoo, or Uber? Take your pick. Data breaches have hit all of these companies in recent years, and the relentless pace of hacks doesn’t seem to be letting up.

According to the breach level index, only four percent of breaches since 2013 were rendered useless due to encryption. This is a pretty remarkable statistic when you consider that cryptography has been around for more than 50 years. The public is becoming noticeably worried, but what can these big names do about this trend? And, will blockchain identity management help?

Bitcoin has been providing a real-world case in secure data communications since 2009. Add to that the fact that its technology is open-source, and you really have to wonder why big companies aren’t implementing their own crypto security solutions. As far as we know, no one has ever hacked the Bitcoin blockchain. Anybody who hasn’t yet should probably be taking a long hard look at what blockchain can offer them.

In simple terms, Bitcoin uses public/private key cryptography, which allows sensitive information to be passed securely over a network. The beauty of Bitcoin is that the security is part of the network from the get-go. Contrast this with many companies who are attempting to bolt on security to their already aging networks.

A number of other cryptocurrency projects and blockchain startups are extending these core principles to allow users to effectively manage their identity on the blockchain. Major problems require major solutions. Those that provide the best blockchain identity management solution will most likely have huge revenues as this industry matures.

Corporations like IBM have already identified this potential and are racing to be the leader in permissioned blockchain solutions. Some have argued, however, that private blockchains aren’t really viable. Regardless of where you stand, it’s helpful to figure out how we got here.

The first major flaw that current identity management systems suffer from is centralization. The internet was originally designed as a peer-to-peer network. For the first time in history, this network allowed for the free flow of information without censorship and across borders. Those who owned the medium no longer controlled the message. 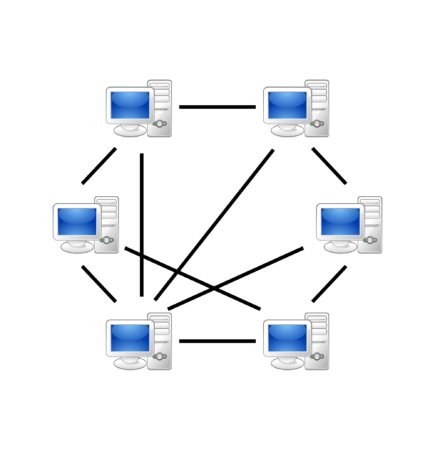 Unfortunately, private entities have since captured much of the internet: Google with internet search, Facebook with social media, ICANN with domain name registries, Amazon in e-commerce and so on. You get the picture. These (and many other) companies stockpile massive amounts of personal data making them attractive targets. This stockpiling creates the so-called honeypot effect. Hackers are far more likely to break into these systems than to target individual users.

The second issue that this creates is the increased possibility of abusing your position of power. Major tech giants already have a reputation for censoring content based on political and ideological views. This poses a real threat to freedom of speech and authentic self-expression, which many describe as the hallmarks of prosperous societies.

Keep in mind that many online applications require you to register with one of these companies either via their email or social profile. If they ever delete your accounts or censor them, for whatever reason, where does that leave you? A virtual nomad who doesn’t exist.

The creators of the internet failed to see the need for good identity management when they were building out the very first protocols. They couldn’t have known that at the time, of course. Unfortunately, the result is the huge-scale privatization of our data. Tech companies have capitalized on the opportunity to own as much of our data they can get their hands on. As they say, if it’s free, chances are, you are the product! These companies have many excellent free products. They have to pay for them somehow.

That’s the fundamental change that blockchain is bringing to identity management. Centrally hosted data servers (including cloud-based solutions) are costly to maintain, and many will be eliminated when users can manage their own identity with blockchain technology. There are a number of projects looking to be the leader in this area. The competition is tough and predicting the best approach is a difficult challenge.

Some projects like Civic promote blockchain identity management via their app. Others like Blockstack provide a browser-based solution to interact with decentralized applications. Another interesting feature they develop is a peer-to-peer domain name service (DNS) built directly on the blockchain. You are no longer at the mercy of a single organization, like ICANN, when hosting your favorite or controversial content.

It’s tough to figure out which approach will be best. There are many factors to consider when building out the future of identity management: language, culture, access to technology, and so on. Viewing it from a global perspective will help. We aren’t yet at a point where everyone in the world has access to their own smartphone. The success of the internet today is largely thanks to simple technologies like HTTP and TCP protocols, which abstract a lot of the technical details away from us so we can just get on with the business of “internetting.”

Connecting emerging blockchain protocols to existing internet protocols seems like the logical choice. There are companies riding the blockchain bandwagon who plan to be the next generation of power centers. The chances are high that they will fail. In the not too distant future, we will become aware of all the choices being built for us today. Consumers are waking up to the fact that data hosted elsewhere is not particularly safe. Finally, we will be able to take control of own online identity.