How does Ripple compare to Bitcoin? Expand

Bitcoin is a cryptocurrency, while Ripple is actually a payment platform. Ripple does, however, feature its own currency, XRP, which can be used to send payments on the platform.

Yes, Ripple is safe. Though it is a private company and thus highly centralized.

Although Ripple shares some similar characteristics with Bitcoin, it is a vastly different project. As a cryptocurrency, it uses cryptography to secure transactions, but it doesn’t actually have a public blockchain.

Instead, it has a network of nodes that validate transactions, but these are not necessarily anonymous P2P nodes, they are participating banks and financial institutions. Ripple’s coins, known simply as Ripple or XRP, were not mined into existence, they were simply issued.

And unlike Bitcoin which exists by virtue of a distributed network of participants, Ripple is not only the name of the coin, it is also the name of the company that developed the protocol. Unlike Bitcoin’s pseudonymous founder, Satoshi Nakamoto, the Ripple founders developed Ripple in the open, with Ripple even applying for and being awarded a New York BitLicense to operate.

So from the get-go, we see that this is an apples and oranges comparison.

So, What Exactly is Ripple?

Ripple is considered a bit of an oddity among cryptocurrencies because it doesn’t have its own public blockchain. Internally, the XRP Ledger network runs on an internal blockchain which they call an “Enterprise blockchain” ledger, it doesn’t use proof-of-work and little else is known about it.

Ripple was originally designed as an asset transfer system, for the purpose of sending instant and secure transactions across network participants. The idea was that anything digital of value could be transacted, including fiat, cryptocurrencies, commodities, even loyalty points and mobile credits. The native Ripple cryptocurrency token was added at a later stage of development and can be used for settling trades on the network.

Ripple certainly doesn’t share the cypherpunk roots of Bitcoin and other cryptocurrencies, but by this very virtue it was instantly more appealable to banks, financial intermediaries and institutional investors seeking digital payments solutions.

Not being a typical blockchain and being managed by a company, it doesn’t really make sense to compare Ripple with Bitcoin, feature for feature. Ripple being centrally controlled, and with Bitcoin being a decentralized blockchain, there is not much of a point pitting them as rivals. If anything, similar to other networks like Counterparty and Omni, Ripple can be looked at as it’s own independent platform which may even complement the Bitcoin and other cryptocurrency networks. For instance, you can store, send and receive other currencies on the Ripple network. These balances are held in accounts, unlike XRP which is the native currency with no counterparty risk.

The Ripple project actually pre-dates the Bitcoin blockchain, and their mission from the beginning was not to offer an alternative to the world’s financial system, but rather to upgrade it and bring it out of the dark ages.

Ripple vs Bitcoin: Other Key Differences

Ripple payments are near instant as they are validated by Ripple nodes. Unlike Bitcoin, the Ripple currency is issued by Ripple Labs and not minted into blocks. To date, 38 Billion of the currency is circulating.

The eventual supply of Ripple will far exceed Bitcoins total coins by orders of magnitude. This is reflected in its price when you compare the relative scarcity of the two coins, that is Ripple’s 100 Billion coins versus Bitcoin’s 21 Million. At the time of publication, the Ripple currency was only a fraction of that of Bitcoin sitting at just under USD $0.22 cents. Even so, Ripple commands 3rd position in the overall market cap.

Cryptocurrency enthusiasts have had mixed feelings about Ripple from the very start.

Ripple has a very specific focus, and that is for it to be adopted by the banking system for cross-border, interstate and interbank payments and remittances. Ultimately, Ripple aims to be used in place of the interbank SWIFT network. Because of this, the price of Ripple is heavily influenced by any news that relates to bank adoption.

It is a cheap coin, so it has a massive upside potential. If it manages to become the bank’s choice of crypto, it will likely soar in value. But for Ripple fans, this event is sorely overdue and as time goes on, other competitors are also lining up to claim the same title. Ripple is already in live beta phase with 75 banks, and yet it is not the only project competing for the bank’s attention, with Digital Asset Holdings using Hyperledger technology and the R3 Consortium being the most well-known leading a pack of ‘would be’ blockchain-for-banks solution providers.

Ripple has solidified as a top 5 cryptocurrency and is almost as well known as Bitcoin. Regardless if Ripple becomes the number one blockchain-for-banks or not, there are plenty of other applications for its technology.  Unlike Bitcoin, it is business friendly as it complies with regulation. While Bitcoin relies on user adoption, Ripple is aiming for more widespread adoption in daily commerce. This makes it more attractive to investors that view cryptocurrencies like Bitcoin as vulnerable to future regulatory battles and therefore not likely to be adopted for general commerce.

If Ripple does manage to become the darling of the banks, its modest 20c price could quickly move into the dollars and eclipse the market cap of Bitcoin. So if you are looking for something with a potential massive upside, Ripple is certainly one to closely watch. 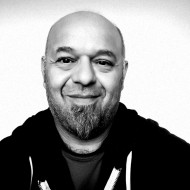 Theo turned his hand to writing about crypto, which includes copy for guides, websites and blogs, and also includes specialised content such as video script writing.