Why the Big Four Accounting Firms Care About Blockchain In the world of accounting audits and financial assurance, only the Big Four matter. Deloitte, EY, PwC, and KPMG are the masters of the universe. The Big Four accounting firms have a firm oligopoly over the provision of tax, accounting, consultancy, and audit services to almost all big companies across the globe.

All publicly listed companies must open their books to external auditors to satisfy financial regulators. The blockchain is often touted as the biggest revolution in accounting since double-entry bookkeeping. Therefore, it stands to reason that blockchain will cause seismic changes for the Big Four, and the way they do business with their clients.

Although software performs much of today’s accounting activities, double-entry bookkeeping is still the practice that underpins the technology. Databases hosted on centralized servers hold records of debits and credits, the same as paper books and later spreadsheets did. The role of finance teams is often heavily focused on reconciliation between different systems, parts of systems, or different internal departments.

The role of auditors is to assess whether or not a firm’s financial statements match its books. This will usually cover whether or not the financial records agree with those of the bank or creditors, whether assets and investments are correctly valued, and whether the controls in place over accounting practices are sufficiently robust as to comply with what is required by law.

The volume of transactions that pass through the books of any given company can be massive. It’s therefore not possible for audits to conduct checks on everything that has taken place in the period under audit. Usually, auditors will request randomized samples of specific transactions that they can trace from beginning to end. 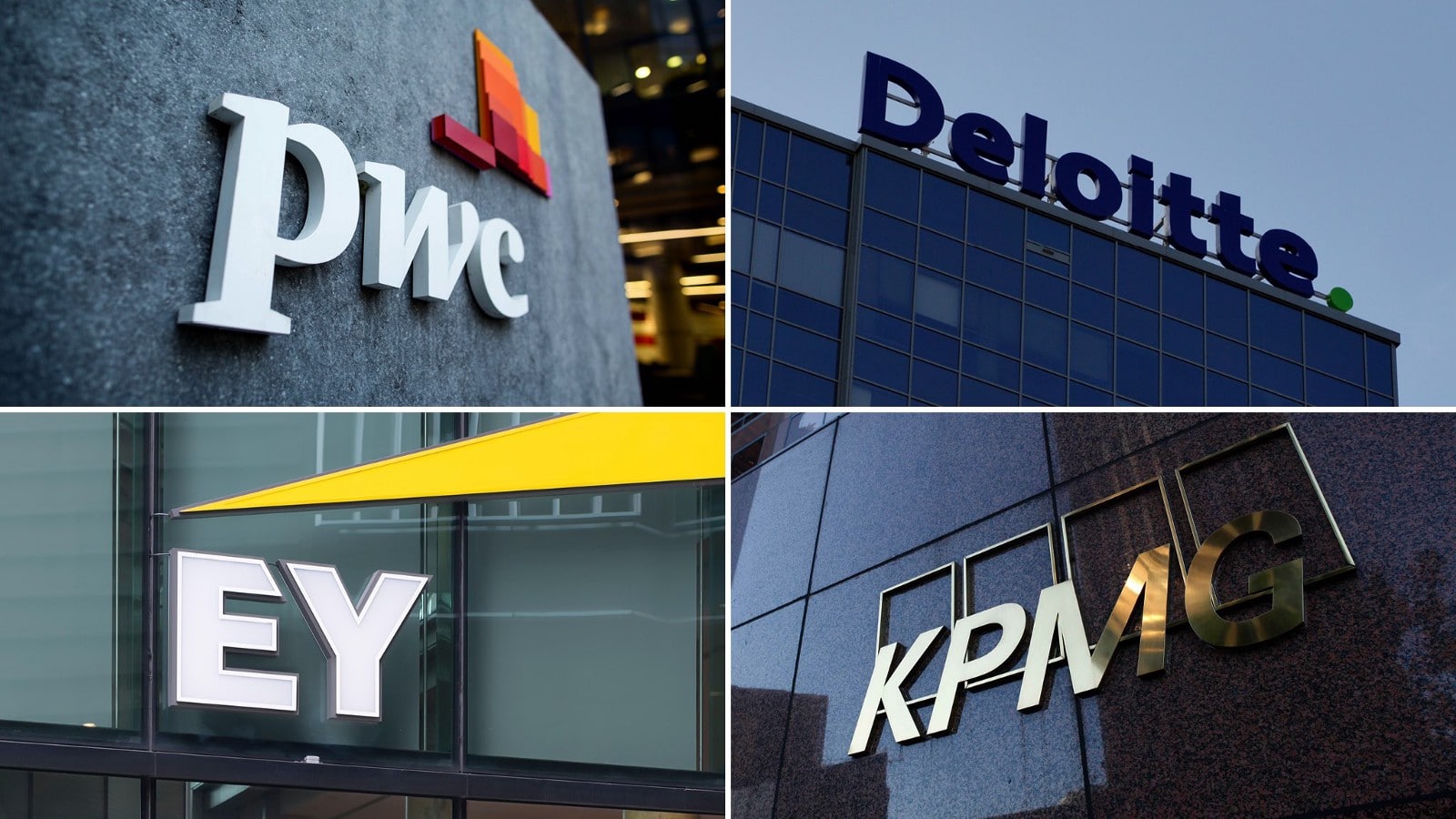 The Big Four – masters of the accounting universe

The Bad and the Ugly

Testing random samples is not foolproof. A few samples may easily pass muster, but the underlying accounting practices could nevertheless contain flaws or fraudulent activities.

Even worse, history shows that auditors themselves could be complicit in bad practices. The Enron scandal that broke in 2001 didn’t just cause the closure of the Enron company. It also brought down Arthur Anderson, the accounting firm responsible for auditing Enron, after it was found that they were involved with the fraudulent activities happening within the company. At that time, the Big Five firms became the Big Four accounting companies we have today.

Logo of the now-defunct audit and accounting firm Arthur Andersen

More recently, the collapse of government contractor Carillion in the UK caused members of the government to call for a breakup of the Big Four. The company went into liquidation with liabilities of over £7b, but only $29m in cash. This came after every single one of the Big Four accounting firms had been involved with the company, either in an audit or consulting capacity.

How the Big Four Accounting Firms Are Preparing for Blockchain

Over the coming years, blockchain will cause considerable shifts in accounting and audit processes. Blockchain records the exchange of value between parties, creating a secure and permanent record of transactions, entirely able to be audited using code. Therefore, blockchain is surely destined to take over the process of double-entry bookkeeping in the corporate environment.

Blockchain companies such as Digital Asset and consortia such as R3 are already investing in blockchain as a way of recording transactions between players in the financial markets. The Big Four accounting companies are all taking steps to prepare for blockchain.

All of the Big Four recently joined a Taiwanese consortium of 20 banks to investigate the potential of blockchains uses in fiscal audits. Also, Deloitte and EY have each published papers that outline how they perceive the role of blockchain in the future of the audit process. They acknowledge the future likelihood that blockchain will replace the human part in checking and verifying transactions.

So far, none of the Big Four has yet disclosed a blockchain-based system for auditing company-wide transactions. However, in April, EY announced that it has developed auditing technology for firms using cryptocurrency such as Bitcoin as payments. Called the EY Blockchain Analyzer, the company believes the system “will lay the foundation for testing of blockchain assets, liabilities, equity and smart contracts as companies adopt blockchain technologies.”

PwC has also announced a similar system of its own. Interestingly, PwC has gone as far as stating that the lack of a standard way of auditing blockchain transactions is the very reason that firms have been hesitant to adopt blockchain.

Blockchain could even open up the markets for financial business process and auditing markets beyond the Big Four accounting firms. Smaller competitors such as Cognizant and FIS Global are starting to emerge too. These firms aim to move financial processes onto enterprise-level blockchain solutions.

How Will Blockchain Change the Role of the Auditor?

The role of accountants and auditors will evolve as blockchain starts to embed into accounting practices. Human auditors will no doubt still run the process of defining audit standards and strategies. These will then be coded into a blockchain so transactions are auditable in real-time rather than after the fact.

Checks and controls will become minimized or eliminated. It’s also likely that there will be a governance-based role. A human will need to check that the blockchain network operates fairly and according to agreed principles.

Blockchain will remove the need to reconcile between different entities within a company, as each will share the same set of data. Therefore, accountants are also likely to see a change in their role. A real-time blockchain audit may find errors or inconsistencies in transactions. In this case, a human would have to intervene to determine what has occurred. Finance professionals will also be responsible for internal financial governance.

Governments and regulators continue to call for the Big Four accounting companies to loosen their iron grip over the auditing markets. However, regulation is slow to take effect and can only serve reactively.

Blockchain is already creating trustlessness between parties. It also provides a more complete and transparent audit trail than using sample testing. It will be interesting to see if blockchain ultimately proves to disturb the balance of power among the oligopoly – assuming the regulators don’t get there first.